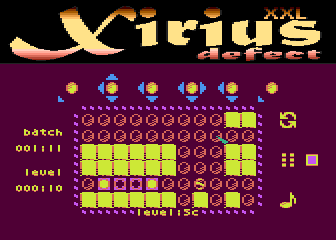 Soo, this game is result of almost half year of hard work. I decided to expand game with numerous levels and new game elements sometime in november on Jason Kendall’s impulse.

Game was finished for recent FLOP magazine issue. I am not in mood of writing another long text, game itself contains quite enough information about its creation in embedded help screens. It is still only logical game, but kind that is not very common on atari so I hope you like this expansion. I spent quite long time working on it, code had to be widely revised and also Jason did great job when he designed really marvelous amount of levels that awaits to be beaten by you…

Enough talking, here is gameplay video and game download itself:

I will be quite pleased if you let me know that you finished game and reached its ending. 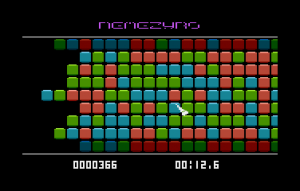 I attended on Forever 16 demoparty held in Horna Súča. This time I contributed to 1k intro compo with 2 […]