Final version of 3plex was build on September 13th, so game is ready to be released. Most of implemented changes extend visual/audio experience, game design remains same.

rev.12 (22nd August 2015): additional game modes which can be selected by SELECT and OPTION keys, see screenshot below: 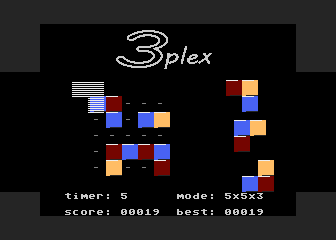 SELECT key changes timer value (in seconds), so now you have to make move until timer runs out, otherwise current triplet will be dropped at random position automatically.

OPTION key changes mode which represents playfield size and amount of colors triplets are made of. 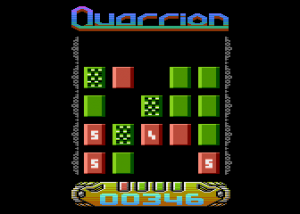 I managed to finish another game recently. This time it is Quarrion, which was previewed on last new years disc […] 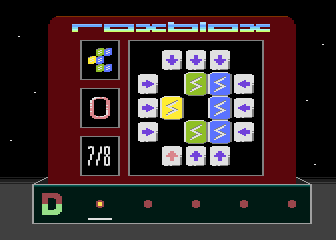 hmm… music from TRBB’s game Gravity reminded me of my Roxblox. I wish this game had better response from audience, […]